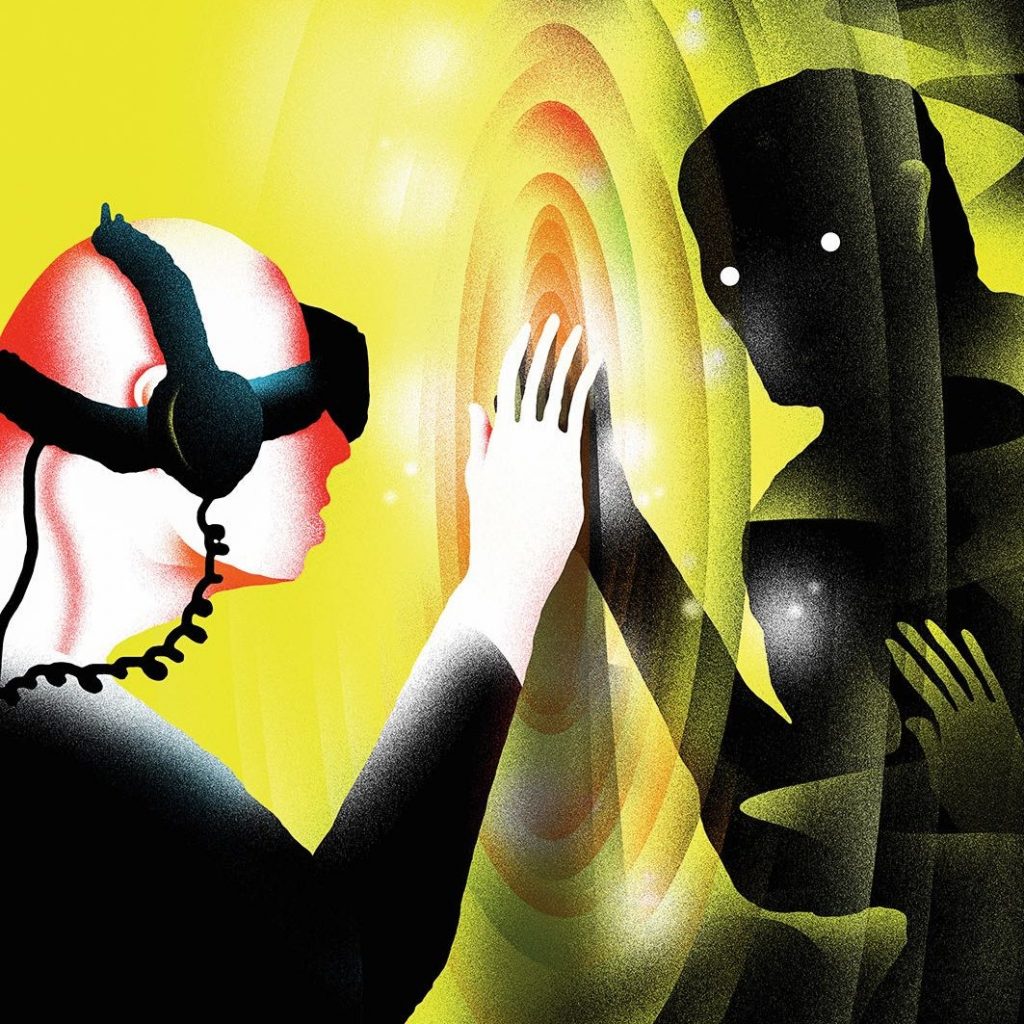 In part 1 of this 3-part public programming series, Pierre Friquet, Violeta Ayala and Pamela Hersch share how they use emergent technologies to build and connect new communities online and in person.

Join artist and immersive interactive designer Pierre Friquet as he discusses VR, narrative design and traumatology. Via tools of fiction like world-building and innovation like social VR, Friquet explores how we can build connections and a sense of belonging in digital space. The talk is addressed to artists, designers, developers and psychologists, or whoever interested in seizing the opportunity of VR to create virtual worlds and online communities.

Pierre Friquet is a digital artist who creates immersive worlds. His intent is to make people reconnect with their body and sense of self through art and technology. Coming from a film background, Friquet focuses on creating content for the 3rd digital revolution, which is designing Reality through spatial computing. Passionate in virtual reality since 2010, he has designed more than a dozen XR experiences (interactive, fiction, documentaries, dome, music videos). His latest independent VR work is SPACED OUT, selected at Sundance New Frontier 2020. It’s an aquatic VR experience which uses the first waterproof VR headset by Ballast Technologies, that allows users to be submerged in a swimming pool while breathing from a snorkel. Artist’s website: https://pierrefriquet.net/