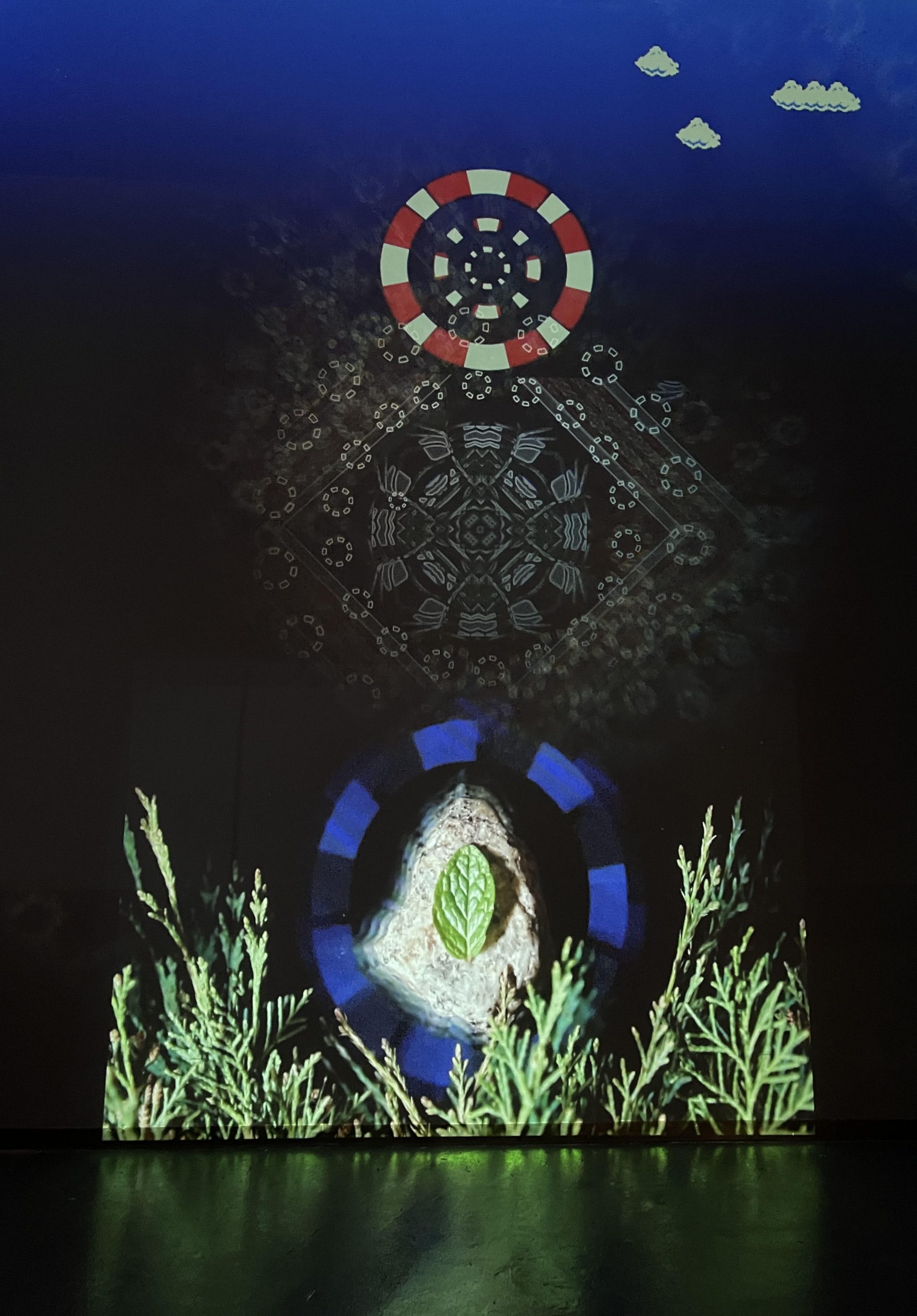 Exhibition features art by graduating MFA students from both 2021 and 2020.

A lively virtual artist talk and discussion takes place during Emerson Week celebrations on Tuesday, May 4, from 5-6:15 p.m., which is open to the public.

Alvy^2 by Philip Alvy ‘20 is a multimedia experience that explores preserved creations from past generations. Diving into the relationship Alvy had with his late grandmother, the project reimagines original artworks she created as a painter, photographer, chef, E.R. nurse, author, and dreamer. Alvy molds them into a new collaboration, demonstrating the power of connectivity through art. Originally slated as a large-scale installation for May 2020, the project was redesigned in an online space. Check out the full experience at www.alvyart.com

Linxi and Her World by Xiaoya Liang ‘21 is a 2-channel video installation that explores the artist’s first journey into motherhood, and provides a record of the early childhood of her daughter, Linxi. The footage was shot in 2020 when Linxi was between 2-3 years old. One video shows the shaky footage shot with a GoPro that captures Linxi’s playtime from the child’s point of view. The other, static footage, reveals the artist’s interactions with her daughter from an adult perspective.

The project Southern Voices by Adam Cordelle ‘21 takes the form of photographic triptychs, featuring a still-life, portrait, and landscape of Southerners living in New England. Inspired partly by the works of Edward C. Curtis, Jeff Wall, and 19th century portraiture, Cordelle’s work explores the ramifications of history and Southern identity upon individuals, and the physical and social spaces they inhabit, with the goal of reconstituting what it means to be a Southerner.

Rochelle Pascale ‘21 presents Wildfires January 2020 to Present, a two channel video installation (2021). Displaying a chronological timeline of media coverage and testimonies, one loop focuses on news footage of the coronavirus pandemic while the other explores the economic crisis, Black Lives Matter protests, and the wildfires on the west coast. Obverse how each interweaves personal testimony and the media perception; Pascale asks, “Which one delivers a more accurate narrative of the events unfolding?”

Jennifer Pipp ‘20 explores the magic embedded in technology through The Great Big, a 4-channel video installation. An experiment in altering the fabric of spacetime reality, the projected images and sounds are specifically dedicated to the “wild time” that flows beneath our measured modern time. Within the layered cycles of images and sounds, the viewer can enter a manufactured dream space for reflection, enjoyment and inspiration.

Brittany Severance ‘20 multimedia installation Blind/Blend (2019-2020) explores perceptual awareness using still and moving images. This project addresses the topic of visual acumen and alternate ways of seeing the world due to her own visual impairment. Through original stereo cards, layered photographs on silk, and video, she invites the audience to engage in active forms of looking and perceiving the world around them.

Philip Alvy is an award-winning filmmaker and educator, with numerous short films screened at festivals worldwide. In 2015, Philip received his BA at Columbia College Chicago in Cinema Arts. After undergrad, he lived in Los Angeles, where he worked for The Producers Guild of America, CBS, and 51 Minds Entertainment. After switching his focus to youth film education, Philip has gone on to teach with Upward Bound and various media education programs around the country. In 2017 he had the opportunity to live in Kenya and work with a local nonprofit focused on providing vulnerable youth opportunities to tell their stories through media arts. In the spring of 2020, he completed an MFA in Film and Media Arts with a focus in Media Education at Emerson College. Currently, Philip serves as the Executive Director of Arts Integrated, a nonprofit he founded in 2020 to enhance education by creating tools for teachers to inspire art-based learning.

Xiaoya Liang received her bachelor’s degree in journalism at East China Normal University in Shanghai and found herself interested in photography as a tool to capture people’s everyday moments. As an undergraduate, she worked for a lifestyle magazine and a photo agency for a short period of time and realized that there was much more to learn and explore before she settled on what to do for the future. She became a graduate student at Emerson College in the Film and Media Art program, all while learning to understand childhood and to be a parent at the same time as making art.

Adam Cordelle is a filmmaker and photographer. Born in Alabama, Cordelle currently lives and works in Boston, Massachusetts. He received a BA in Film and Media Studies at Birmingham-Southern College, and is currently working on his MFA in Film and Media Arts at Emerson College. After first becoming interested in film in high school, he has practiced as a filmmaker, focusing on narrative and documentary shorts. He also practices photography, specializing in landscape and portrait photography.

Rochelle Pascale currently lives in Brookline, Massachusetts and grew up in Connecticut. Pascale enjoys editing found footage in order to analyze and understand current events and historical moments. She taught herself screenwriting, photography, video editing, and film theory and later attended the University of Rhode Island for her undergraduate in Film Studies. In 2017 she attended Emerson College for her Master’s Degree in Film Media, where she started working with experimental short films and abstract pieces. Rochelle continues to explore the world of abstract art in the piece Wildfires by editing a chronological timeline of the media coverage and  testimonies during the 2020 COVID-19 pandemic. Additionally, she writes scripts based on personal historical testimonies of child laborers to address the crisis of child labor and exploitation in the world today.

Jenn Pipp received a BFA from the School of the Museum of Fine Arts and Tufts University in 2001, and a MFA in Film and Media Art from Emerson College in 2020. After graduation, Jenn began their 20 year career supporting academic art programs. Naturally curious, they also spent their time exploring philosophies, leading to formal training in a number of spiritual modalities. In 2010, Jenn enrolled in an intensive energy medicine program through the Four Winds Society, earning the Luminous Healing and Energy Medicine certificate in 2011. They developed private and community ceremonies that integrated their fine arts background. It became essential to adapt the deeper truths of the training while shedding exotic materials and symbology. These adaptations led to the ceremonies being embedded in technology, and the birth of the path of data. The path of data utilizes the transformational nature of earth elements in our technology akin to how fire is used for ritualistic transformation. You can view their current media ceremonies on their YouTube channel, Jenn Pipp, and see more of their work at www.jennpipp.com.

Brittany Severance is a multimedia artist based out of central Massachusetts. Her current work explores the intricacies of identity and the utilization of our senses through photography and audio and video installation work. She is also interested in how our environment and interpersonal relationships build character. Brittany possesses an undergraduate degree in English and a certification in Film Studies from the University of Massachusetts Amherst, as well as a graduate degree in Media Arts from Emerson College, and now an MFA from Emerson College. She is currently a Visiting Assistant Professor in the Communication Department at Worcester State University teaching film studies and video production. She also serves as an adjunct faculty member at College of the Holy Cross and Clark University. Her creative work has been screened and shown at places such as the Women’s International Film and Arts Festival, the Shawna Shea Short Film Festival, the Vastlab Experimental Film Festival, the United States Super 8 Film and Digital Video Festival, the Fitchburg Art Museum, Site: Brooklyn Art Gallery, the Vermont Center for Photography, and the Cambridge Art Association among others. 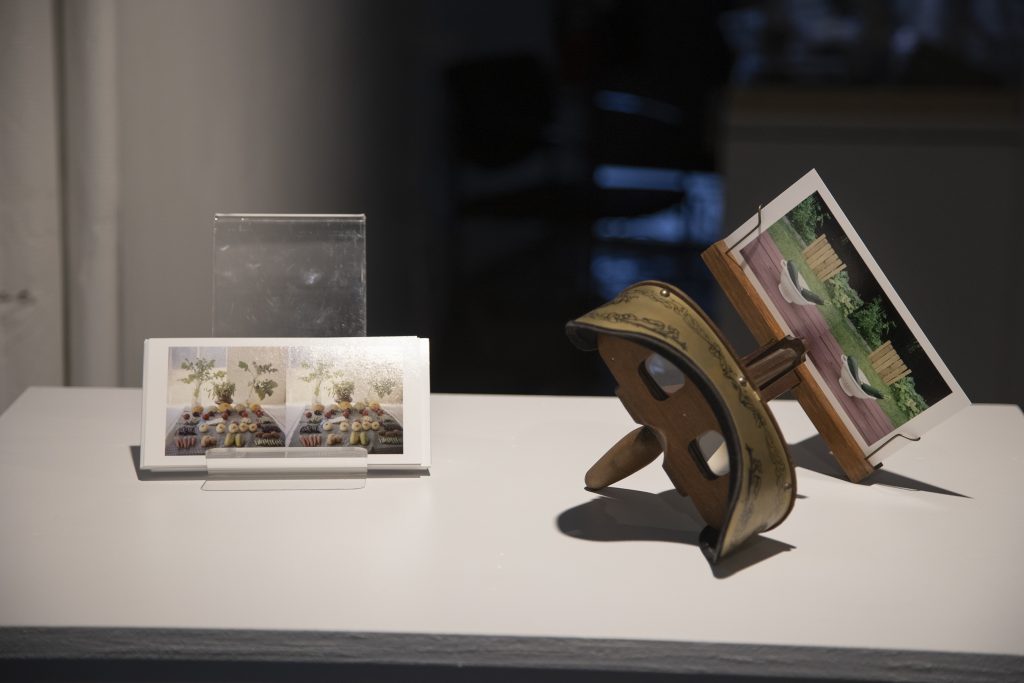 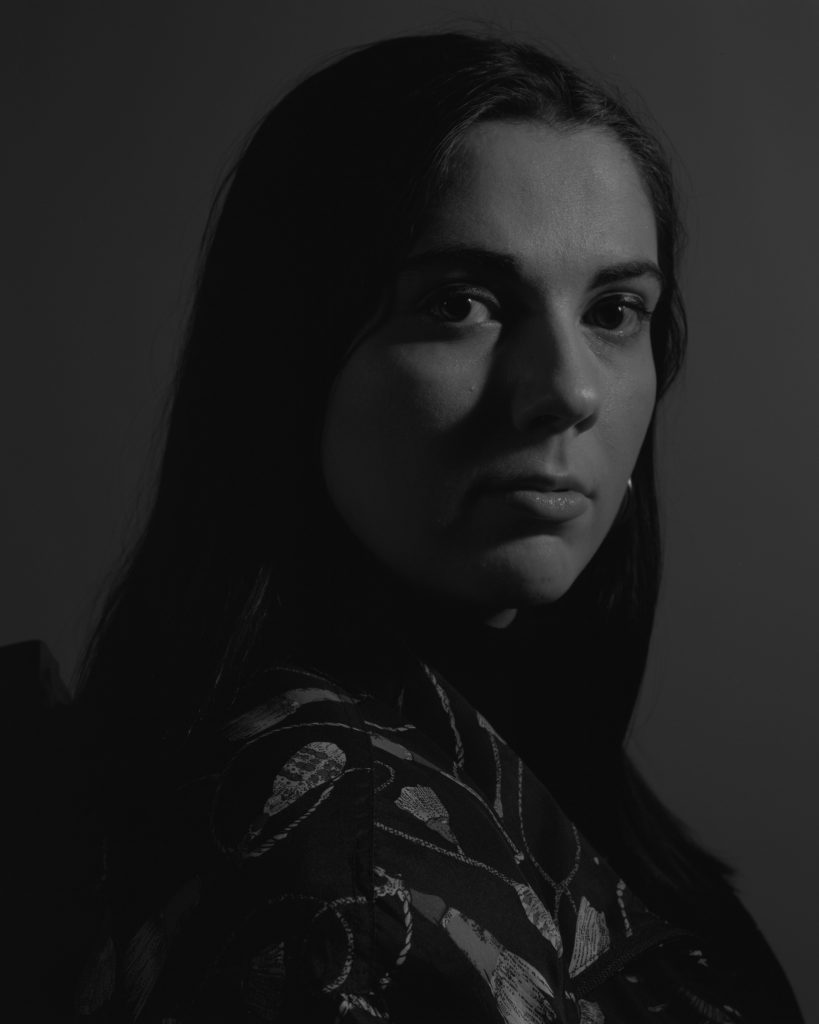 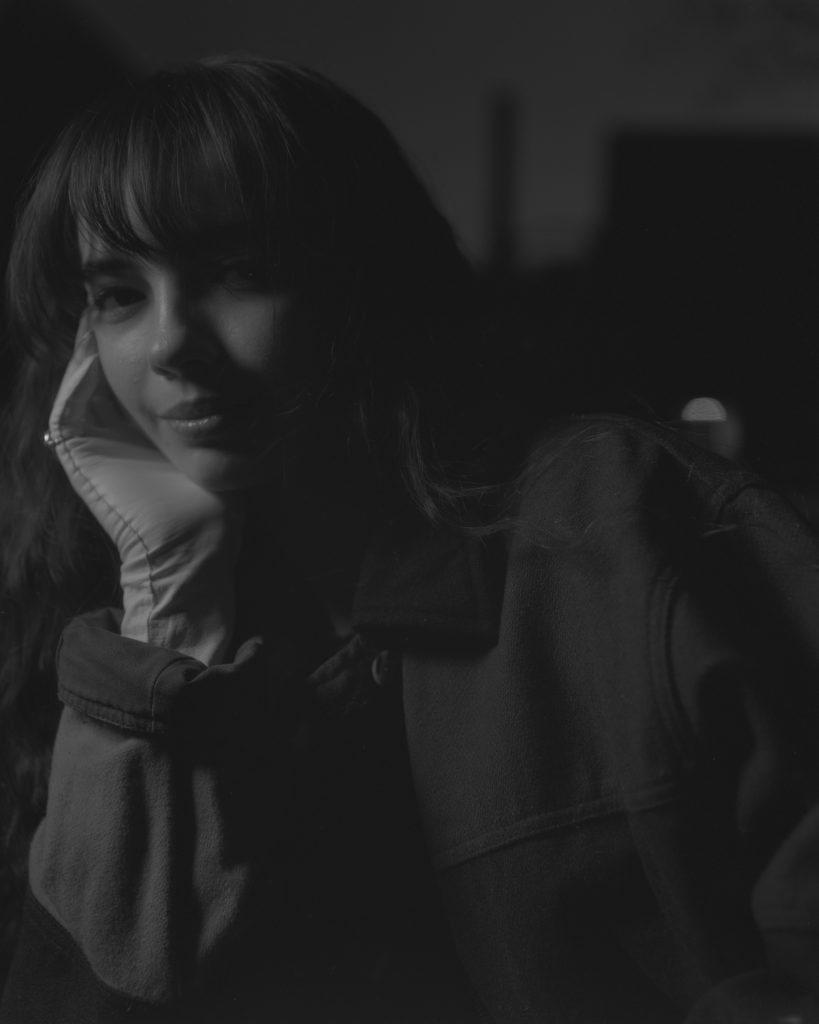 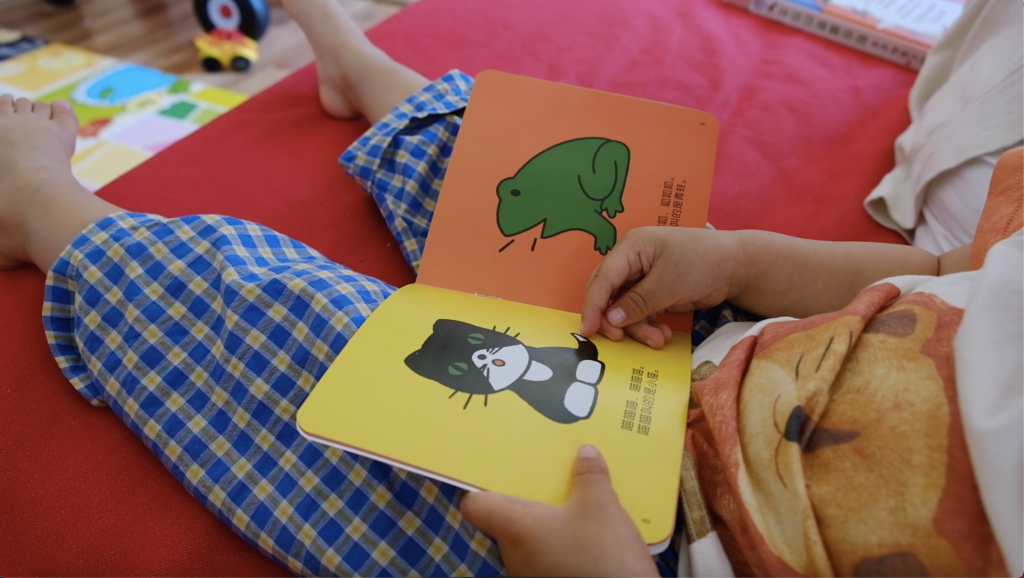 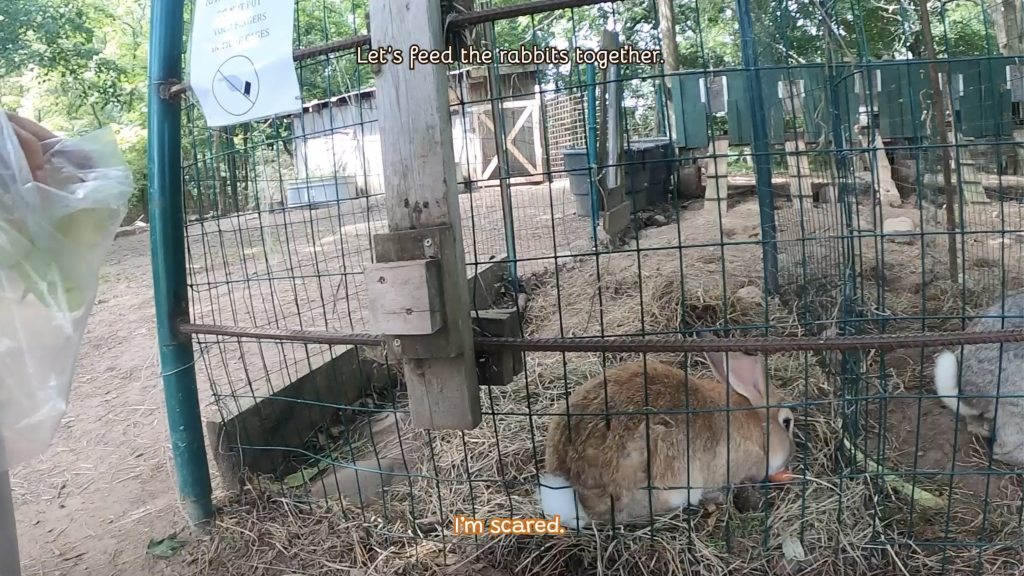 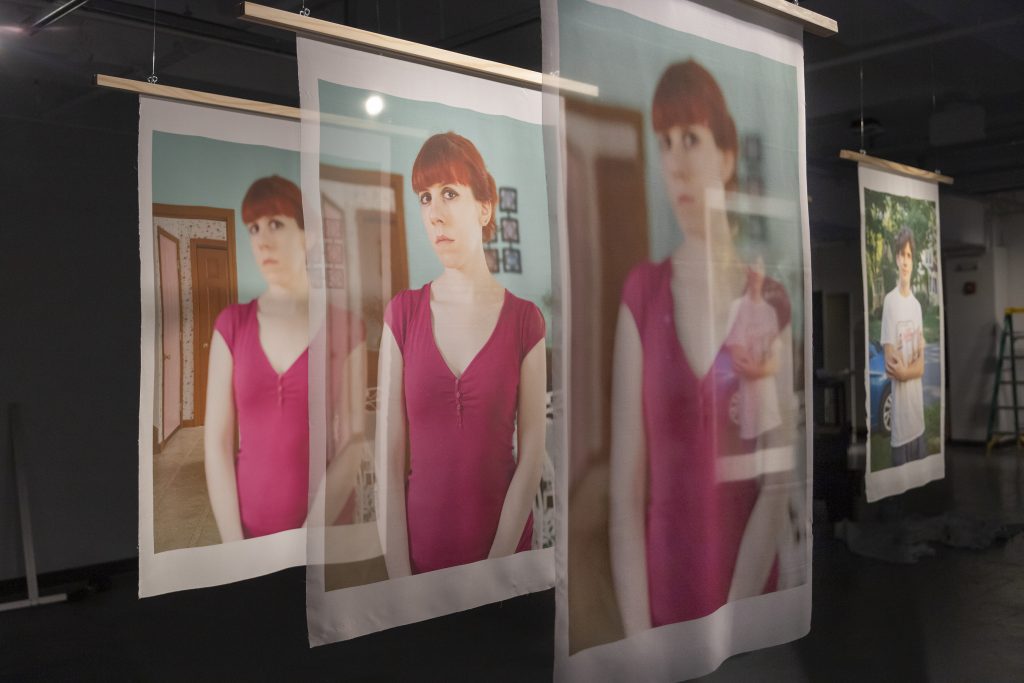 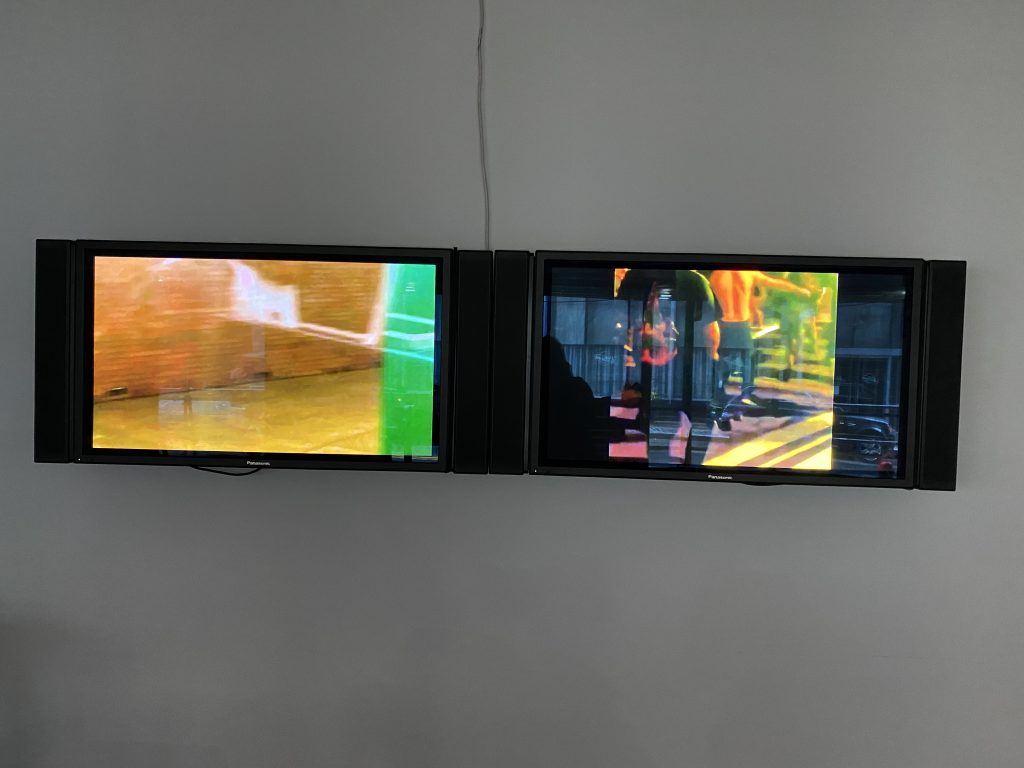 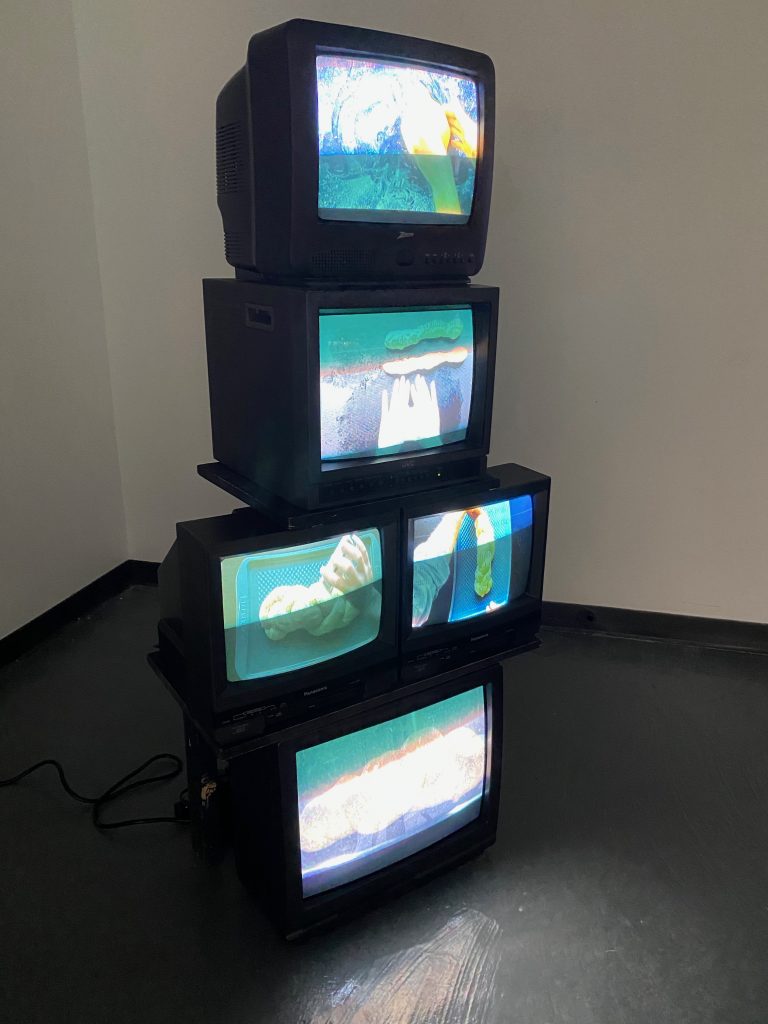 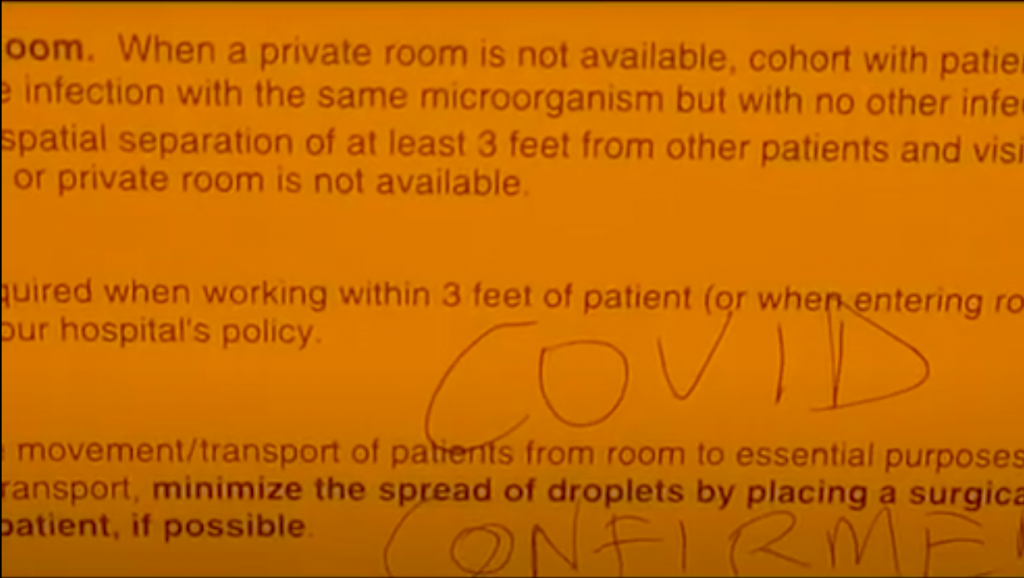 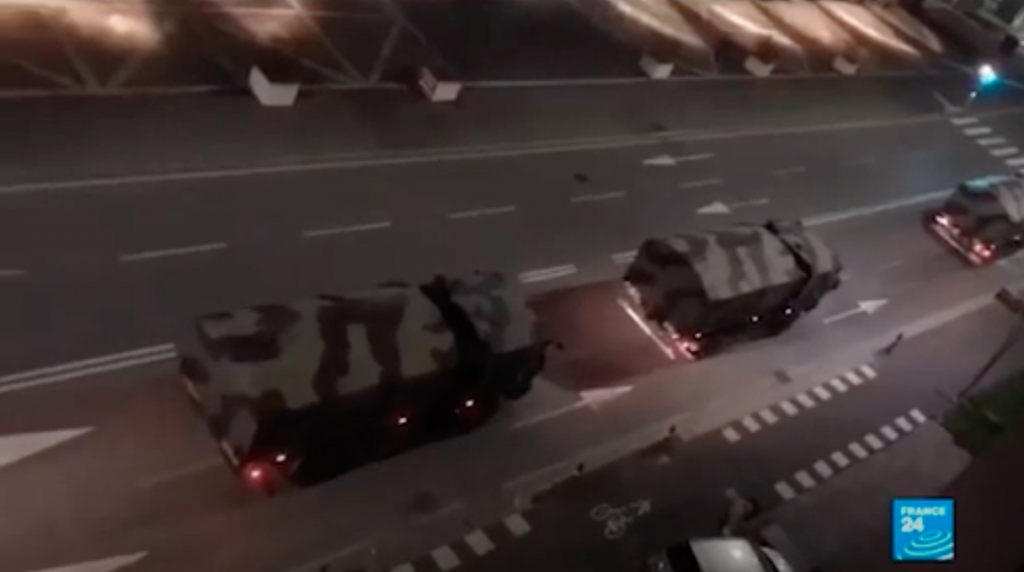