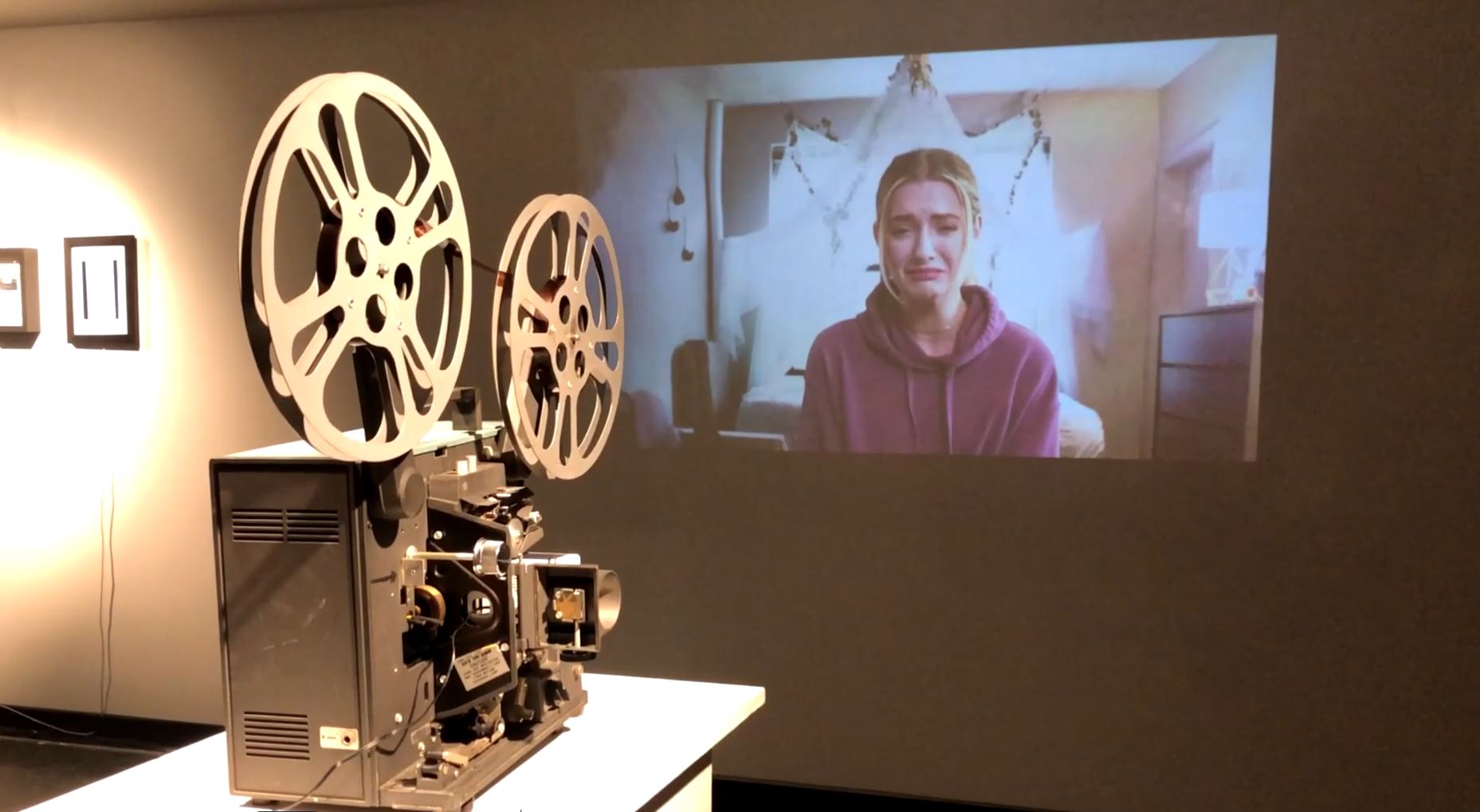 Coded Signals serves as a testament to the lived experiences and reflections of these three artists. Aurora Barksdale’s Excarnation is an interactive film about horror as viewers turn on/off layers of audio and video to create varied experiences. Ryan Kirker’s Trapped is an experimental multimedia installation focusing on 1970s queer culture through the lens of a child coming to terms with their sexuality throughout the era. Robert Oei’s It’s Kind of the Same is a series of multimedia art installations which examine the ontological differences between analog and digital photographs and video. It seeks to raise questions about what it means to capture and experience reality in an increasingly hyperreal world.

A lively virtual artist talk and discussion takes place on Thursday, December 2nd, from 6-7 p.m., which is free and open to the public.

Images from the exhibition are available to view.

Aurora Barksdale is an experimental filmmaker and game designer. Their work presses at the boundaries of narrative and between mediums, focusing on emotional tone and visual texture as guides into particular, dreamlike spaces of mind. Aurora has a particular thematic interest in horror, monstrosity, and otherness, as well as merging film theory with artistic practice. Their films use techniques like double exposure, layering of image, and mixing formats like 16mm and DV alongside found footage and direct animation. Their interactive media work involves open-ended, experimental role-playing games, and applying interactivity to film. These methods come from a need to communicate emotions and states of being which often feel imprecise, fluid, and unspeakable. www.aurorabarksdale.com

Ryan Kirker is a mixed-media artist whose work focuses on creating immersive spaces where the digital and analog worlds intersect. Kirker emphasizes the manipulation of time, sense of place and the physics of reality, with a distinct attention to how the chronology of today can be altered, reversed or destroyed by layering digital effects over the visuals.

Robert Oei is a multimedia artist and filmmaker from Texas. His work examines the ontological nature of photo and video, and how it relates to the reality around us. Additionally, Oei has worked as a cinematographer and photographer. His photographs have been published in Andivero Magazine and No8 Magazine, among others, and his short films have been screened in festivals including the Los Angeles Asian Pacific Film Festival, Louisiana Prize Film Festival, and Deep in the Heart Film Festival. He received both his BA and MA in Film & Digital Media from Baylor University before moving to Boston to pursue an MFA in Film and Media Art at Emerson College.