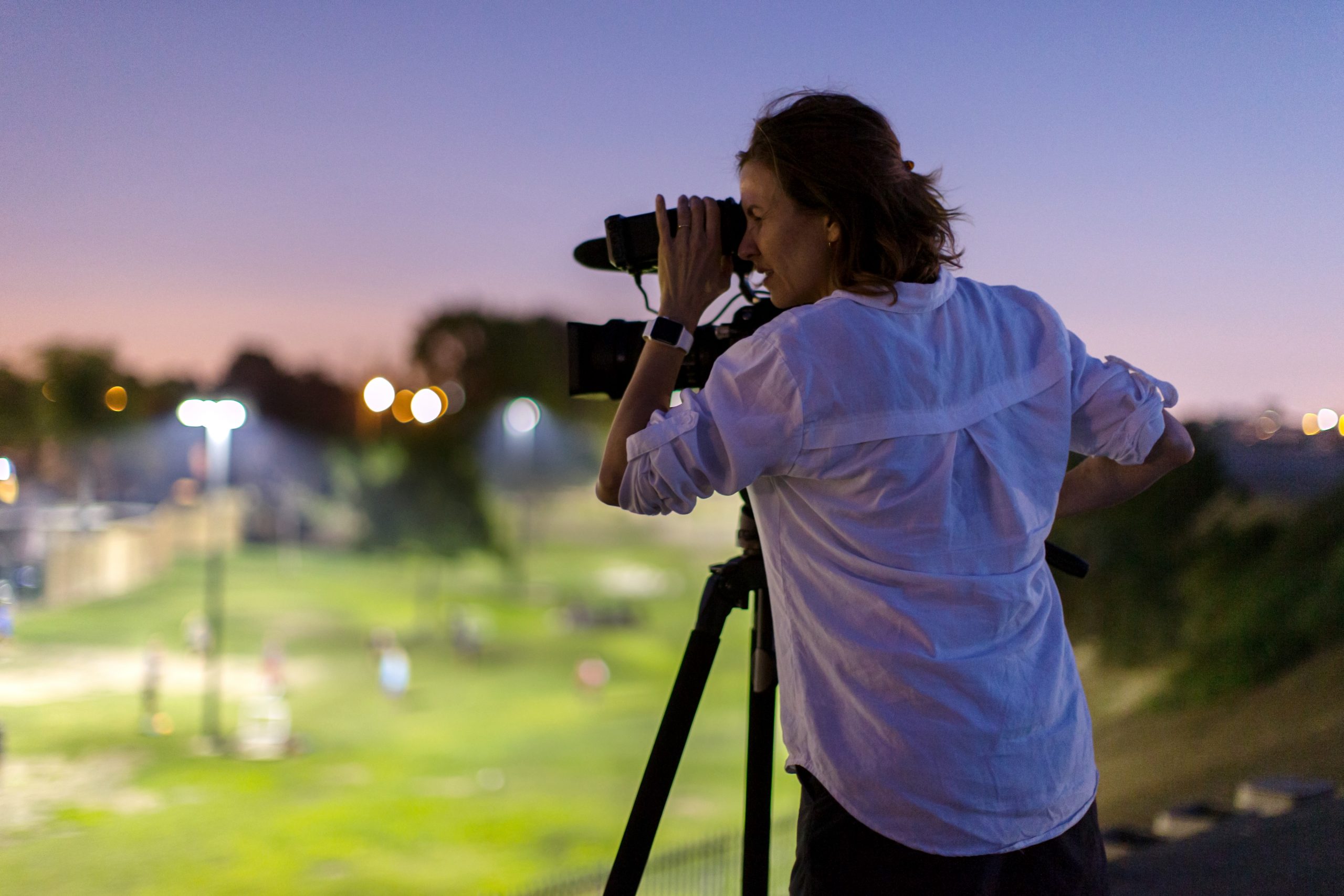 Please join us for this special, in person event held in conjunction with the exhibition Onomatopoeia on view in the Media Art Gallery until March 27, 2022. Tickets are available at the Paramount Center Box Office starting at 5:30pm on the day of the event (Wed, Mar 16). Tickets are free and general admission.
Tribe will present a lecture and screening of several early autobiographical videos including Here & Elsewhere, (2002) a two-channel projection featuring British film critic and theoretician Peter Wollen and his daughter Audrey. As the interview unfolds, their conversation touches on history, memory, intersubjectivity, temporality, epistemology and photography; H.M. (2009) a two-channel presentation of a single film based on the true story of an anonymous, memory-impaired man, the famous amnesiac known in scientific literature only as “Patient H.M.” In 1953, when he was 27 years old, H.M. underwent experimental brain surgery intended to alleviate his epilepsy.The unintended result was a radical and persistent amnesia. The Aphasia Poetry Club (2015) A cinematic-scale three-channel video installation narrated by three individuals who have aphasia, a neurological condition caused by damage to the language centers of the brain. As they share their thoughts and stories, their words trigger elaborate arrangements of character animation, still photographs, and live action footage.
Presented by Emerson Contemporary and The School of The Arts at Emerson College
+ Google Calendar + Ical Export
Share
Prev Event Nuclear Visions:  In conversation with Glenna Cole Allee, Takashi Arai, and Dan Borelli
Next Event In Conversation Kerry Tribe and Long Now Boston